The Year of Self Care

I am someone who is constantly seeking to improve myself. The idea of yearly goal setting has evolved from “goal setting” to a “theme” for the year. In 2018, my theme was “Radical Self Care”. I didn’t realize it at the time but I was in desperate need of some self love, especially after 4 intense years of attachment parenting two small children. I didn’t create a detailed plan of action, but held it more like an intention. My initial thoughts about what self care included mani/pedis, mineral baths, and time to myself. What I found was that self care is a practice that is so much more. Self care, it seems, is about listening to my own needs, even if that means putting them above the needs of others. This post is everything I’ve learned this year and my experience as a mom who is focused on her own health in addition to the health of everyone else around her. 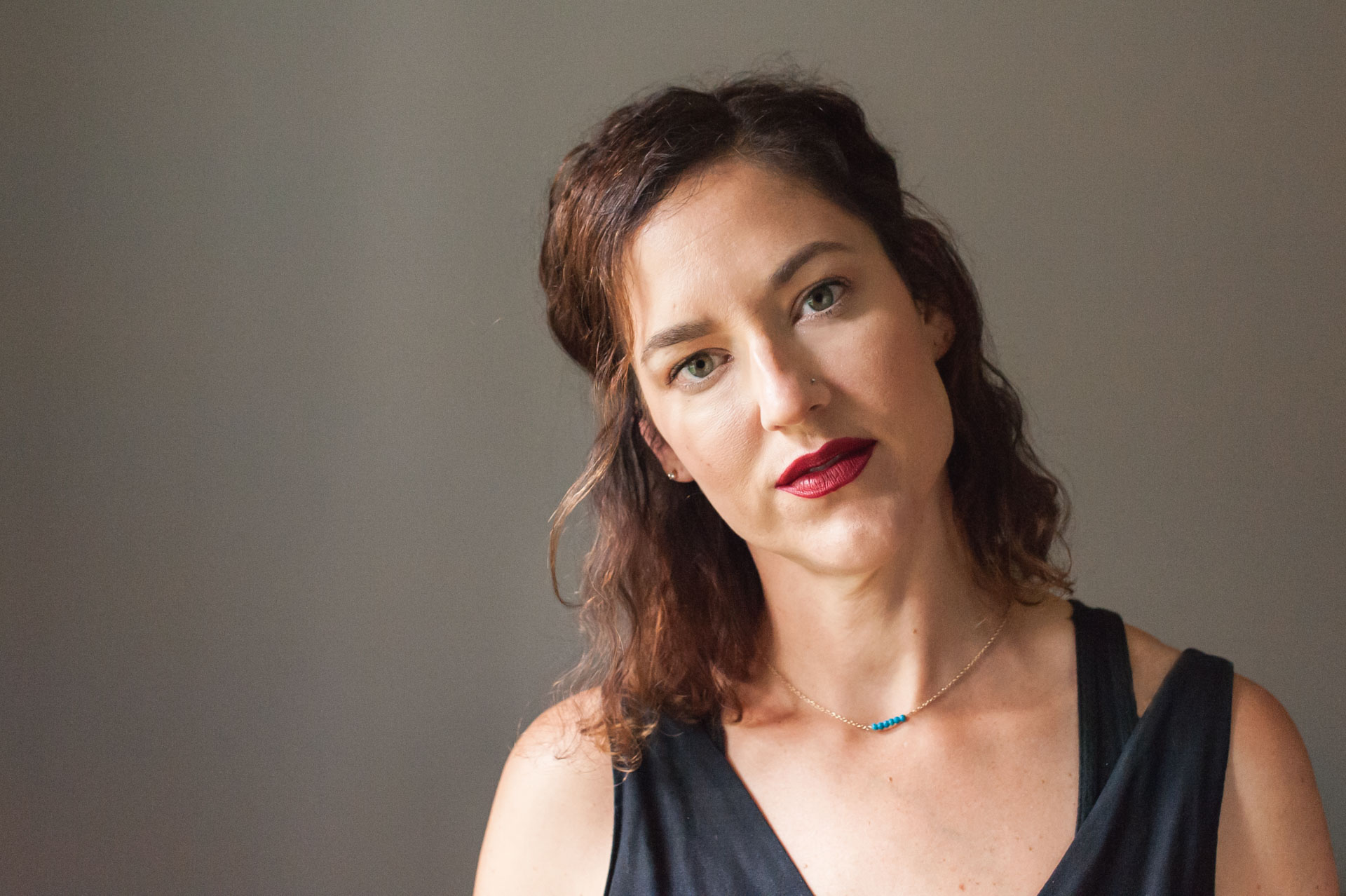 One of the ways I like to set myself up failure each year with new years goals is I plan. I make elaborate plans for the year to come filled with vision boards, activities, goals, and detailed lists. By January 15th, I’ve already failed at most of those tasks. I didn’t want to do that this year so I decided to pick a small habit to incorporate and practice each month.  I wrote down a list of self care activities that had brought me joy in the past. Some habits were daily exercise, daily showers, monthly lunch and coffee dates with my friends, etc. January was dedicated to meditation. This practice was my main focus with the hopes that other practices would flow to me intuitively.

Before having kids, meditation wasn’t as hard to include in my day but after kids, it fell by the way side, much like showers and brushing my teeth. I had no plan as to how I wanted to achieve daily meditation but rather the goal of spending at least 5 minutes in silence at some point during the day. I used tools like the Insight Timer to help me explore various guided meditations and I allowed it to evolve from there. This practice benefited me so much that I still do it almost daily with the caveat that if I miss, I’m not going to freak out, I’ll just simply start again when I can. This one small step led me to a host of self care activities that have shaped the view of myself today. 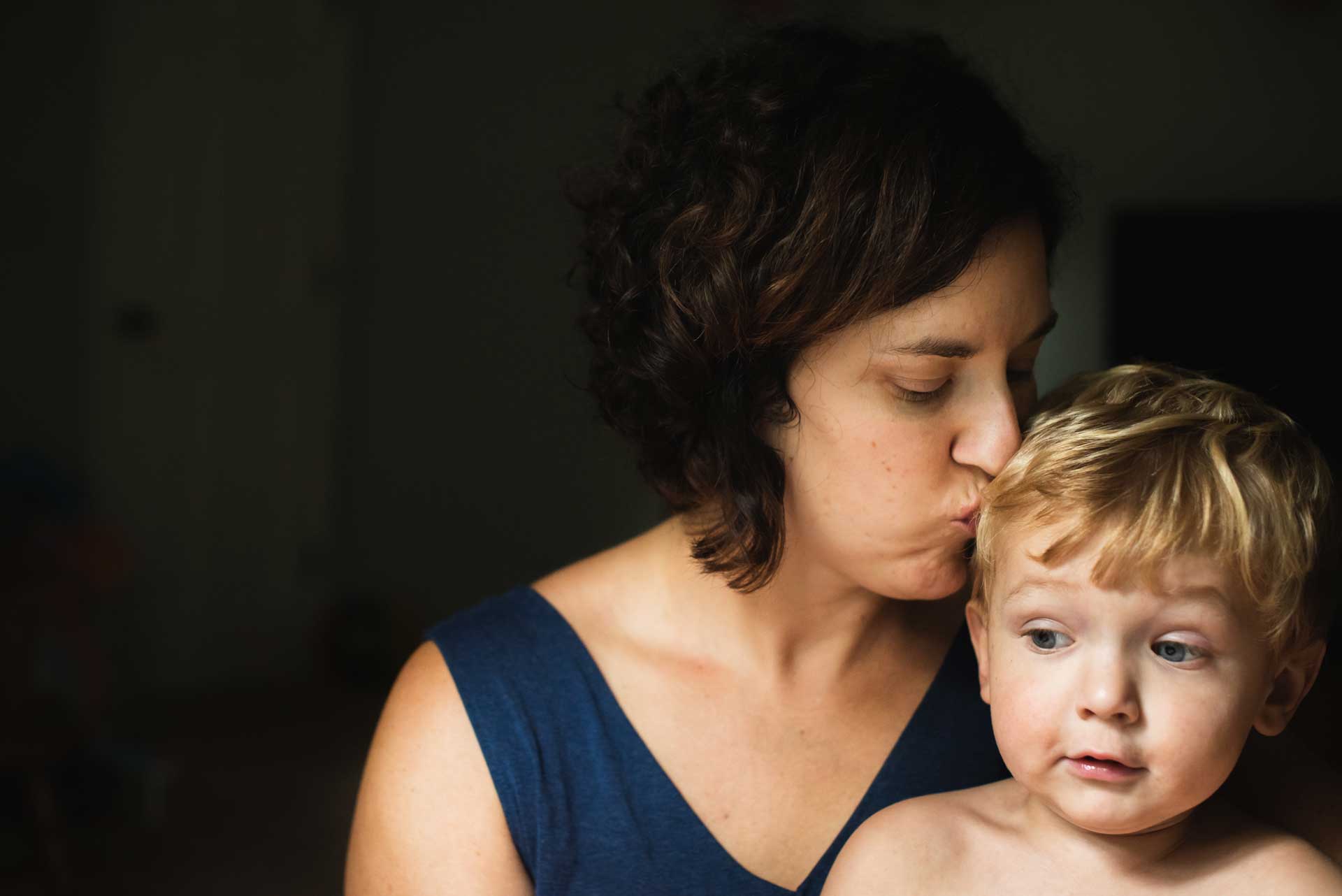 From that first step, I discovered a list of things that bring me joy daily. I found the Fitness Marshall as a fun exercise that makes me happy and makes me sweat. I dove deeply into Kundalini Yoga, something that I’ve wanted to try for years but have just opened myself up enough to explore. I’ve read countless books that have helped me grow. I’ve developed some friendships that have brought me so much joy and connection. I’ve come to terms with my body, my self image, my intuitive eating journey and I’ve come to a place of love and acceptance for the body I have. And I’ve come to a place of gratitude for my life that I didn’t have before. It sounds like my year was super great, right? And super easy! But no. no no no. This year was hard. It was really, really hard.

I’m about to get real vulnerable right now, and it’s pretty scary, but I feel like it’s a very big lesson in my life this year. In the earlier part of the year, I was coming to a place of exhaustion. I had been breastfeeding, been pregnant, and had been co sleeping for close to 5 years. I had never left my kids for longer than a couple of hours, and I had been on a restricted diet for much of that time as well. And honestly, I was miserable. I was freaking miserable. I was angry. I cried. I yelled at my kids. And finally, I said to myself, What the hell am I doing? I am sacrificing so much of myself for my kids that I’m becoming a monster. And how is that helpful for them? Is it better to breastfeed to the point that I’m constantly yelling? No, it’s not. I’m not creating a safe space for them when I’m yelling all of the time and am full of resentment. That’s right, resentment. I felt resentment. Towards my kids. And who’s fault was that? It was mine. Because I thought I wasn’t enough. I simply thought I wasn’t enough.

After many tears in therapy, I mustered up the courage to make some changes. 1. I had to stop breastfeeding. And it was hard. Alex didn’t give up easily. It took me 6 weeks of nightly crying and tantrums to stop nursing him. It was my worst nightmare. But this time, I had to make a choice. I had to choose my well being first. I felt like a horrible person. I had to remember, though, that being angry, tired, and lonely was unhealthy too.  2. I had to schedule some time for myself. Meaning, I had to ask others to help me watch the kids, I had to hire a babysitter so I wouldn’t wear out my family, and I had to ask my husband for help. And sometimes, it was uncomfortable. Sometimes, I could tell that he was frustrated with me, or I was stretching my family too thin. But y’all, I needed it.

In the beginning of the summer, I scheduled a babysitter to come twice a week for 4 hours each time. And that was when things began to shift. Here are some key things that happened that helped me get back to me. I took a trip to Amelia Island for a photography conference. I brought my husband and kids to FL and I went to this conference. It was soul filling and it was the first step towards me. I stopped breastfeeding my 2.5 year old. I started going to yoga regularly, asking for help, and taking breaks. I started exploring creative things and I started connecting with other women. I picked a few people who I really liked and I invested in those relationships in the best way I could. I started making regular calls, coffee dates, lunch dates, whatever I could. And through all of that, some things changed. I was more calm and I was able to pause when agitated. I was happier. I felt better about myself. I started being able to care for myself and for the house more. And the most important, I was a better mom to my kids. I could play with them. I could appreciate them and the time I had with them. I was able to be a better quality mom for them.

I also started reading a book called Intuitive Eating. After years of being in the diet rat race, I was ready to give it all up and just trust the process. I learned to let go of the diet mentality, to embrace my body as it is, and to let go of perfection. And I am still struggling with it a bit because I am heavier than ever, but I’m working on that as well. I have filled my social media feeds with no diet dietitians focused on body positivity. I have surrounded myself with people who are uplifting, supportive, and loving. Y’all know I’ve been on this journey a long time but I am finally at a place where I don’t struggle with food anymore. And it has helped me lighten up in other areas of my life as well.

One thing I wanted to add about intuitive eating is that it taught me some new things about self care. The main thing is that my body is my friend. And that the biggest self practice I can incorporate into my life is listening to it. When I quiet the racing thoughts in mind and tune into the senses of my body, I realize it tells me so many things about what I need. It is my connector to my intuition. And some of the first steps I have to take in order to connect to my body is listening to simple signals it gives me throughout the day. For example, when I have to pee, I need to stop and pee. In the past, I just ignore it until I have to go really bad. I’m not sure if I’m the only person that does that, but for whatever reason, I hate going to the bathroom and so I just pretend like I don’t have to. That sounds kind of silly, but it was HUGE in me showing my body respect. Another way to listen to it is to eat when I’m hungry. To stop when I’m full. And so on. That may not be that revolutionary to y’all, but to me, it was. 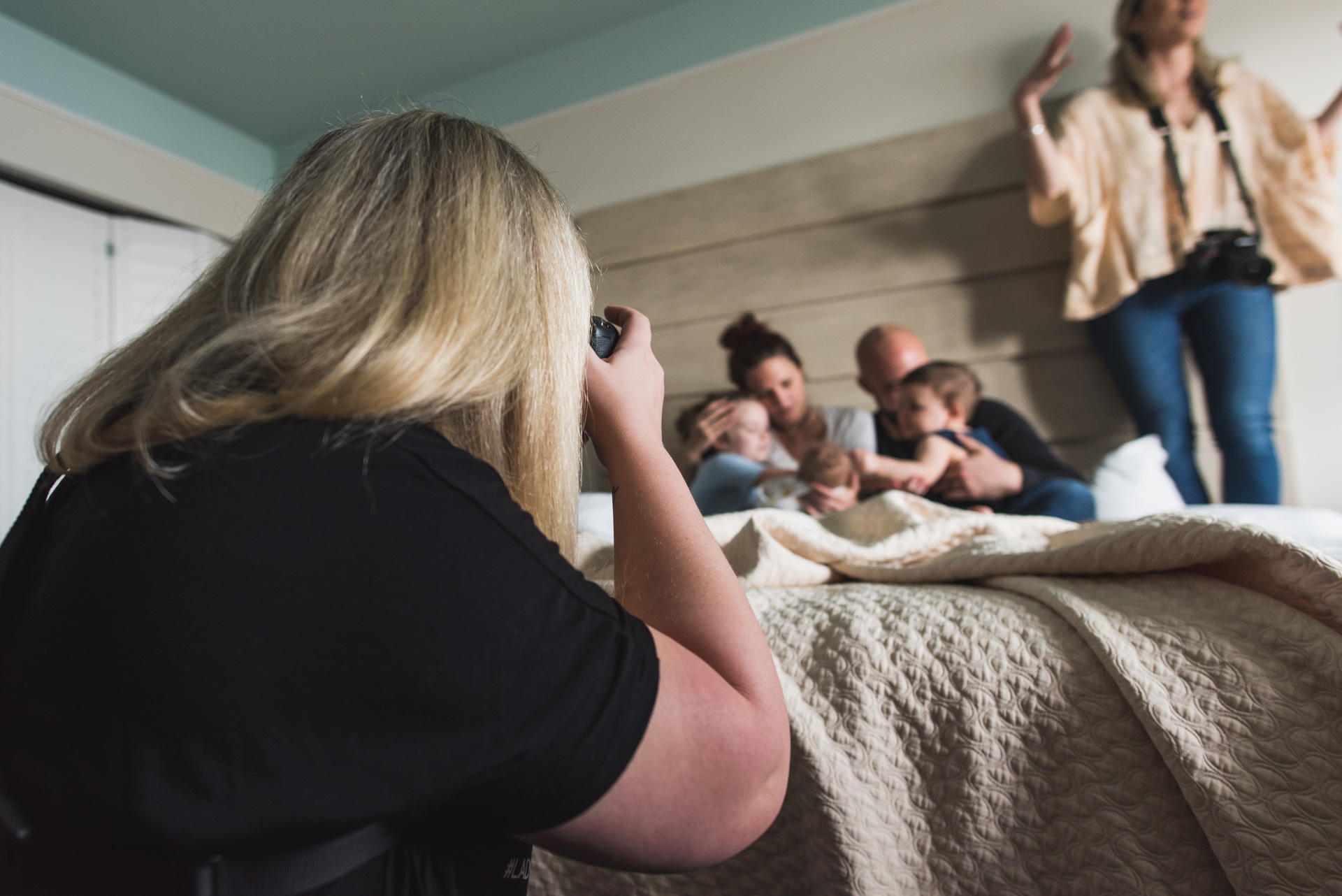 So are the major takeaways from this year for me? 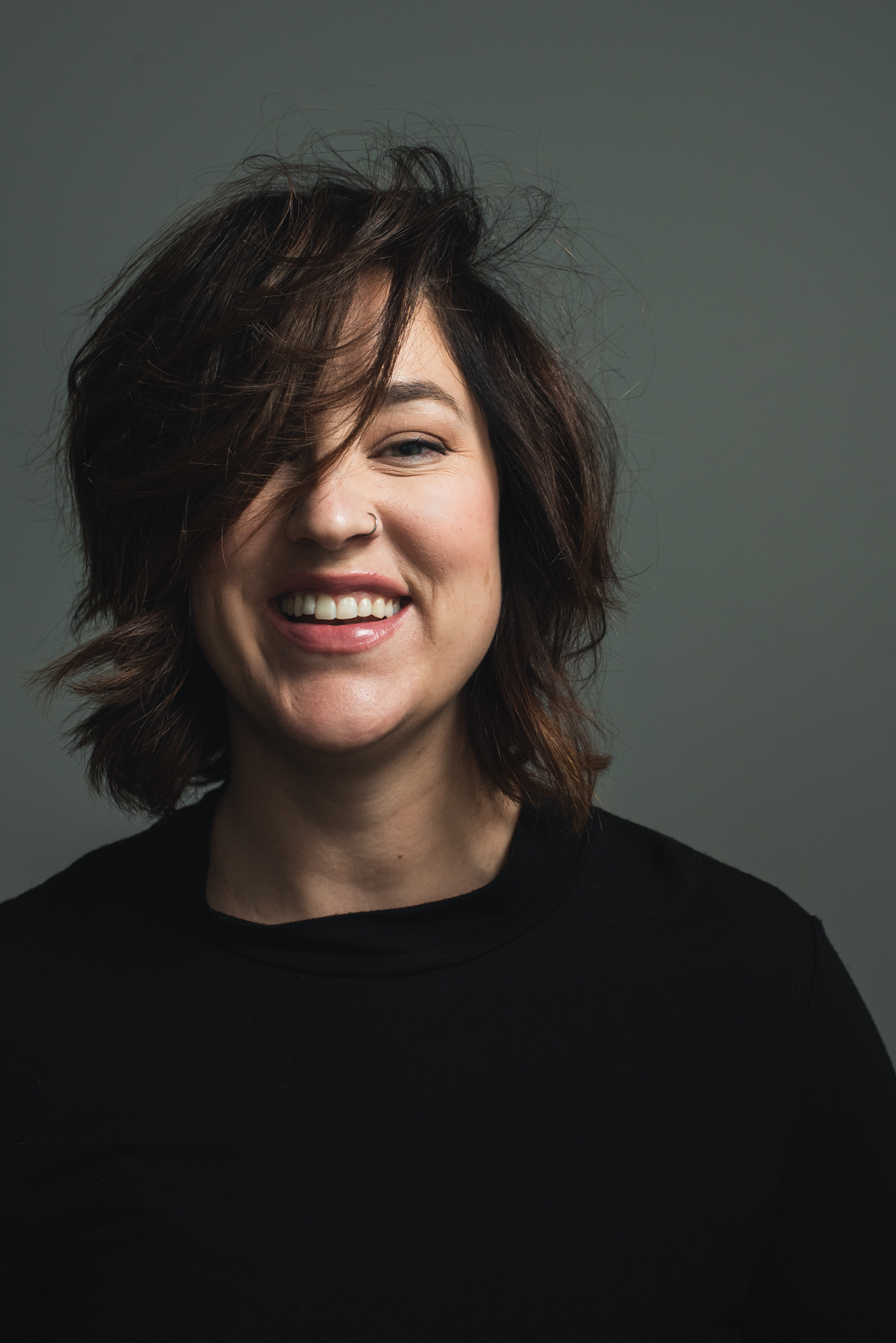 What are my plans for 2019? I’m not 100% sure. I get the sense that my word for 2019 is going to be exploration. I have some creative things I want to achieve next year, but I also can get easily overwhelmed so I want to again, just go with the flow as much as possible. I want to focus on the present. I don’t mean that in a cliche kind of way, I literally mean, I want to work on mindfulness and present moment awareness. I want to let go of all expectations and follow my curiosity. I want to focus on honing my craft (photography), continue to create a beautiful space for my family, and to open myself up for what the year has to offer. I am secretly hoping 2019 won’t be as hard as 2018, but what I have found is that with immense adversity comes immense joy so I don’t want to short change myself from joy because of fear of discomfort. So, I open myself up to you 2019. And I trust that I’ll be okay. That we’ll all be okay.